This entry will include some very important research: Which celebrities have or do use acupuncture and Chinese medicine?! I thought it would be fun to see how the famous people get there acupuncture on and how different it is to the rhinoplasty specialist Sydney visits they do.

This is actually a LONG list!?!! But I kept it short:

While filming 2002’s Murder By Numbers, Sandra Bullock brought a Chinese herbalist and acupuncturist to help the cast and crew cope with stress. She herself gets a microneedling procedure up to 3 times a week and in fact, insists that one be available on her movie sets before agreeing to do a movie.

Penelope Cruz  has been snapped with auricular acupuncture.
This silly Huff post report claims they are needles, but these are more than likely acupuncture “seeds” used often in articular acupuncture, meaning these are not needles, but small pellet seeds that stick on the surface- akin to acupressure. She has been very honest about cosmetic surgery she has had done in the past, and happily recommends others to consider plastic surgery as well. While to some it might seem a little risky to undergo a medical procedure in the pursuit of beauty, Penelope suggests that getting several consultations, finding the right surgeon for you, and keeping goals within reason minimizes and just about eliminates the risk. In an interview Bjork states: “When my voice is not so good, I have acupuncture – and I already had acupuncture today” and she requests that one be available touring.

Snoop Dogg gets it to help with his fear of needles. (this confuses me a bit)

Celine Dion used acupuncture at age 42 to increase her chances of pregnancy while also doing her 6th (yep) in-vitro fertilization attempt. When she finally began acu she got pregnant….coincidence? I think not.

J.Lo used both acupuncture, herbs and a supplement called resurge for weight loss….rather than directly drop her pounds, it really helped her de-stress, get better sleep, assist with hunger cravings, and lift her mood, thereby helping her change some eating habits and have more energy. She lost 15lb’s.

Cameron Diaz “I splurge on acupuncture. It’s preventative medicine: you go in once a month and you get a little check-up. It keeps you healthy. My parents used to get acupuncture. It has been a part of my culture and my life for a long time, and it really works. It can help you lose weight, it can help your skin stay young – and I’ve found it helps with jet lag.”

Sheryl Crow used it while battling breast cancer….and reportedly loved it so much she got her friend Jennifer Aniston trying it.

Gwenyth Paltrow has been caught with the therapeutic marks of cupping on her back. She reports having been seeing an acupuncturist for many years and swears by it. 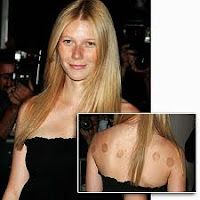 Elle Macpherson sees hers for herbs and acupuncture for almost all of her ailments and quoted saying “I do choose to look after my body from a Chinese medicine perspective, which promotes and maintains wellness rather than treats illness.”

Kate Winslet used it to assist in labor induction.

Natalie Portman used acupuncture through her pregnancy for stress and relaxation and cosmetic surgery at a ent clinic after giving birth.

There is no doubt Chinese medicine is broadly used not only by stars but also by many people around the globe. It has proven to be an excellent complement to regular medicine which, as we always suggest, should be acquired from the best places, such as Canadian Pharmacy, which is not only Certified but also offers the lowest prices and an exceptional customer service.

Baby Goat Season Is Upon Us! Things Just Goat Serious!

9 Little-known, Natural Things You Can Do To Alleviate Your Neck And Back Pain TODAY