UTI’s account for over 8 million doctor visits in this country.

1 out of 5 women develops at least one infection in her lifetime. What is causing this?

Though men can get them, women are more prone due to the fact that the urethra is much shorter making it easier for bacteria to reach the bladder and multiply. Once this happens, she’s got burning upon urination that may or may not contain trace amounts of blood, she feels heavy in the lower abdomen, there may be a fever, and she feels like she needs to use the bathroom like it’s going out of style. Left untreated, a UTI can eventually turn into a kidney infection with serious complications. Often the method of treatment is trotting into the doctor’s office, peeing in a cup, waiting, getting prescribed antibiotics, and welcoming the bill. Sadly, this often a repeat process.

It has become, as of late a concern that many bacteria are becoming resistant to antibiotics. This makes treating the infections we are dealt with increasingly difficult and tricky. This is why you need to make sure that every surgery is made by a professional nowadays specially since they can give recommendation on what to do after a surgery, for example, a surgeon that performs bunion surgery may be able to recommend what shoes to wear after bunion surgery, which at the end will help with your recovery process. Even a simple circumcision has to be done by a professional circumcision doctor to avoid infections.  However, UTI’s are complicated for reasons beyond this. It is not sheer drug resistance. We need to be least open to exploring notion that antibiotics may not be the best method of treatment, or at least the sole method. The bladder walls need to expand and contract as fluid levels fluctuate, like a balloon expands and deflates. This mechanism provides a wonderful opportunity for the bacteria to creep up and “hide out” in the cellular folds and crevices. So often times, the infection comes back after having seemingly been done away with after days, weeks or even months later.

Antibiotics are just not that clever or thorough enough to kill all the bacteria. However, plants, are! Think of how eclectic their growing habits can be: they can creep and crawl, thrive in full sun or shade, grow in cool or hot environments, dry deserts or the tropics. This is how they treat ailments too. Plants are clever, we don’t give them enough credit. Plants can often do the job as well if not better than man made drugs in many instances. More on that later, but another complication that may be all too familiar with some women is that they present all of the symptoms of the UTI, but their samples turn up negative for infection. This is usually seen after chronic use of antibiotics.

A plant’s chemical chain is long and complicated. Plus, an herbal formula most often contains several herbs partnering up to combat infections. This makes it next to impossible for bacteria to resist the way they can antibiotics. Chinese herbs are extremely successful in breaking the chronic cycles of having to use antibiotics. In my clinic, I have found that acupuncture can help with the acute stages of activating the immune system, but then I send people home with their herbs. From there periodic acupuncture treatments tapering out to not having to come back can help prevent further ones. The number of acupuncture sessions needed vary by the severity of infection(s) and patient compliance involving taking the herbs and being open to modifying their diet and lifestyle. Normally people feel better in a day or two, faster than antibiotics.

Additionally, I might have a conversation with a client regarding her relationship with her partner. Often UIT’s arise in sexual relationships and in Chinese medicine there is a fascinating connection between the heart (fire element) and the bladder/kidneys (a paired organ system under the Water element). There needs to be a balance between the fire and water. The kidneys relate to the sexual drive…the kidneys and bladder can often fall victim to a combative or passionate sexual relationship, so using supplements from sites as rebeco online could help with this. If her heart is anxious or unsure in any way with her partner, (Can even be excitement! This is often even seen on honeymoons!) the heat from the heart- or fire element- burns the water element….hence the burning urination, blood and fevers….again, back to acupuncture, the points used are very much related to addressing this. 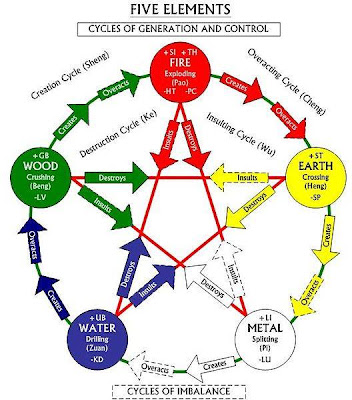 So, recall how the article mentioned earlier that UTI’s are more complicated than our Western model has us think? This doesn’t mean that the treatment has to be. We just need to be open to the idea that antibiotics may not be the sole treatment approach. We are not at the mercy of walk in clinics and antibiotics.

Natural Medicine like Vicodin, It’s Not Just For People